Among his many distinctions are a Grammy nomination in 1991 for his recording of the Tchaikovsky and Arensky Piano Trios with Mona Golabek and Jeffrey Solow.

From 2008-14, Cárdenes was Music Director of Strings Music Festival in Steamboat Springs, Colorado, where Cárdenes also served as conductor of the Strings Festival Orchestra. He is currently Music and Artistic Director and co-founder of the Josef Gingold Chamber Music Festival of Miami. 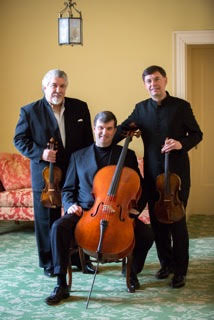 One of the few professional string trios in existence today, the Diaz Trio has become one of the finest chamber ensembles in the United States.  Composed of three internationally acclaimed artists, Andrés Cárdenes, Roberto Diaz and Andrés Diaz, the trio performs regularly in recital and at festivals around the world.  In 1993 at the invitation of Isaac Stern, the trio performed at Carnegie’s Weill Recital Hall to celebrate the next one hundred years of music-making at Carnegie Hall.

Other appearances include performances in Los Angeles, Seattle, Pittsburgh, Boston, Austin, and Lincoln Center in New York, as well as the Mostly Mozart Festival at Kennedy Center, Newport Festival, Cape and Islands Chamber Music Festival, Festival de San Miguel de Allende in Mexico, St. Cyprien International Festival of the Arts on France, the Kuhmo Festival in Finland and an extensive tour of Chile. Their debut tours of Canada, in collaboration with Canadian pianist Angela Cheng and guitarist Norbert Kraft, were a resounding success. For several years, the Diaz Trio was the trio in residence at the Brevard Music Center. 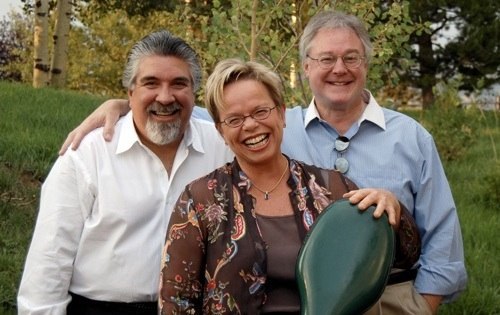 The Carnegie Mellon Trio was founded in 1947 with Faculty from Carnegie Mellon University's School of Music. Its current members, violinist Andres Cardenes, cellist Anne Martindale Williams and pianist David Deveau have been together since 1991.  The Trio has performed concerts throughout the United States and Canada, and has appeared at many prestigious music Fesivals including Rockport (MA), Mainly Mozart (CA) and Strings Music Festival (CO).  Recent appearances performing Beethoven's Triple concerto with the Pacific and Pittsburgh Symphonies drew rave reviews for their "dynamic virtuosity and passionate music-making." (Los Angeles Times)

Read more about Andrés Cárdenes as a conductor, pedagogue and violinist.